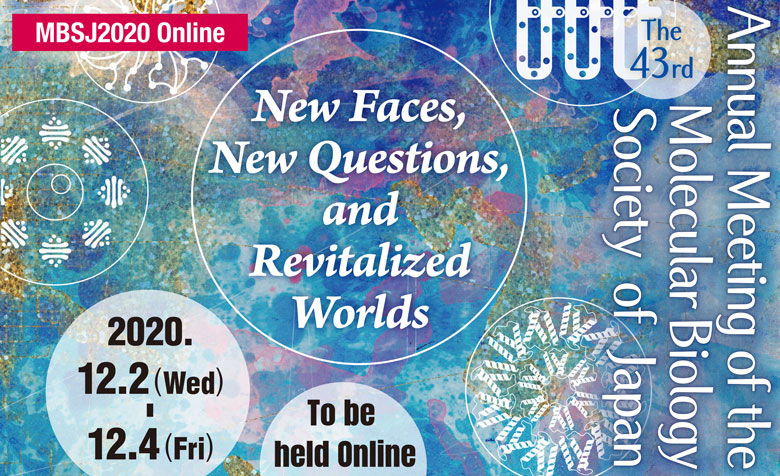 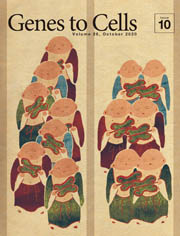 October 2020
Two drawings in which Hotei dolls with sumo umpire's fans (gunbai) are lined up. The dolls, the gunbais, and the difference of colors of the dolls' clothes represent cells, cadherins, and the difference of subtypes of cadherins, respectively. The drawing on the left depicts the state in which cadherin haven't been concentrated anywhere on the cell membrane yet, and it is reflected in the random arrangement of the dolls. On the other hand, in the drawing on the right, cadherins are concentrated at intercellular junctions, those of the same subtype are bound to each other, and as a result, dolls expressing the same subtype of cadherin are next to each other. 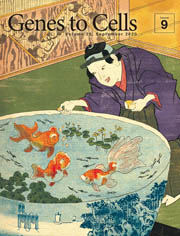 September 2020
Goldfish (Carassius auratus) with the telescope-eye, dorsal-fin-loss or long-tail phenotype are swimming calmly in a large fishbowl followed by chromosomes. Goldfish experienced a whole-genome duplication 8-14 million years ago, making it difficult to analyze its genome, but finally the genome sequences of various varieties were sequenced and the causative genes (candidates) of these traits were also found. Among these, the causative gene (candidate) for long-tail, kcnk5bS, encodes a K+ channel as depicted on the side of the bowl. This research is expected to be applicable to the study of vertebrate morphogenesis and human disorders. See Chen et al. (2019) Science Advances 5: eaav0547 and Kon et al. (2020) Current Biology 30: 2260-2274 for further detail. We thank Prof. Yoshihiro Omori (Nagahama Institute of Bio-science and Technology) for his advice on drawing.