Message from the President (Early Spring 2014) 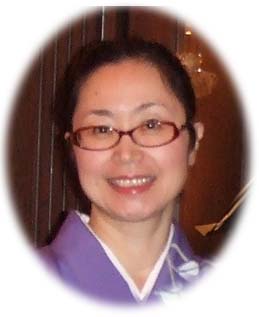 The Annual Meeting is Your Meeting!

Here's wishing you a belated happy New Year! I hope that 2014 will be a wonderful, fulfilling year for all of you.

Last December was a hectic month for me, as I am sure it was for all our members as well. It is fitting that the old Japanese word for December is shiwasu, which literally means “teacher runs,” and is said to derive from the fact that the last month of the year is a time when Buddhist priests have to busily go from place to place to chant sutras.

Of course, for the MBSJ, December is the month when we busily gather together for our annual meeting, the most recent being last year's 36th session. Thanks to the 120% effort that Prof. Shigeru Kondo delivered up to the last minute as the meeting's president, we successfully hosted an exciting gathering that drew as many as 7,836 participants, even though the event was not co-hosted with any meetings of other societies.

One of the more striking features of the scientific program was how the symposia were personally presented by their organizers, who were selected by the Program Committee and its head, Prof. Takashi Kadowaki. And, the two luncheon seminars put on by Prof. Mikiko Shiomi and her Career Path Committee were a big success, I hear—I unfortunately have to say “I hear” because I was participating in other sessions at the time as below.

The program also included Administrative Board Forums focused on scientific misconduct, which were held in six 90-minute slots, one each morning and afternoon, but lasted ten hours in total since they ran a little longer than scheduled. Since these forum meetings were held at the same time as other science-related sessions, each was attended by a few dozen participants, but all together some 200 people joined. The hard work and dedication of MBSJ Vice President and Chair of the Research Ethics Committee Yuji Kohara, fellow Vice President Keiichi Nakayama, Annual Meeting Working Committee member Akira Shinohara, and other leaders make it possible for us to hold lively discussion among not only scientists, but also representatives of research grant organizations and the media, as well as an editor for Nature. Summaries of every session are already posted on the MBSJ website, and we plan to release a full transcript in the near future. Guided by the content of these forum discussions and the input given by our members in the online survey we conducted last June, I will lead our efforts to examine the awareness-raising and educational activities that our society should implement with regard to research ethics, including consideration of whether we need to establish an organ similar to the Office of Research Integrity.

While on the topic of research ethics, I would like to mention that the University of Tokyo publicly released on December 26 an interim report on their investigation of the recent case of suspected scientific misconduct, and also sent me a letter regarding this report. Both the report and the letter were posted on our website on the following day, and, as I indicated in my comments online, the MBSJ believes that it is vital for the life sciences community to rigorously deal with the issue of misconduct in research so that we can ensure a sound future for scientific exploration. As scientists, we need to keep in mind that public funding accounts for a very large proportion of our research budgets, and hence we must strive to avoid making any missteps that would betray the trust placed in us by society. Otherwise, it would become very difficult for us to pursue basic research of our own volition.

Last December's annual meeting also examined the scientific community's relationship with society in a panel discussion on scientific policy that included as guests former Vice Minister of MEXT Kan Suzuki and Council for Science and Technology Policy member Yuko Harayama. This session was broadcast on Ustream and received various comments over Twitter. I personally had the opportunity to step up to the podium for another part of the annual meeting, an open lecture titled “Exploring the World of Life.” This lecture was designed as a TED-style presentation and I was tasked with communicating in just twelve minutes the joy of research that drives scientists. I approached this mission with a tension unlike what I would normally feel, so I rehearsed the presentation at the National Museum of Emerging Science and Innovation in September, and then did a final run-through on the morning of the lecture. We will upload a video of the talk on YouTube with the goal of reaching out to an audience even greater that the more than 700 people who attended.

The annual meeting wasn't all business, however—we also had many fun features as well, such as an art program that encompassed an exhibit of Genes to Cells covers, a science image contest, a jazz session, and more, plus we invited postdocs from overseas to actively join us. And, I am pleased to say that many people attended the bulk of the conference, all the way up to the “2050 Symposium” that capped off the afternoon of the last day. Another nice thing was the festive air reminiscent of a school pageant that enveloped the various award ceremonies and other events. We are now running a survey about the 36th annual meeting on our website, so please be sure to share your opinions—both the things that dissatisfied you or needed improvement, and the things that you liked and want to keep in future meetings. Your feedback will help us to plan the next meeting (to be presided over by Prof. Shigeo Koyasu), so let us know your thoughts, even if you did not attend last December. After all, the annual meeting is YOUR meeting, so let's work together to make the next gathering another success.