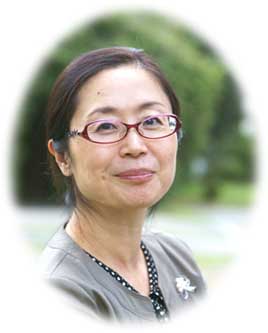 Thoughts on Tokyo's Selection as the Venue for the 2020 Olympics: Cultivating Science Talent Is a Key to Japan's Growth as a Nation

It's set—the Olympic Games are coming to Tokyo in 2020, making for a refreshingly happy piece of news for us. There are seven years to go before 2020, the time it will take this year's newborns to reach school age, and I fervently hope that Japan will complete its recovery from the March 2011 earthquake and tsunami by then.

Speaking of the Olympics, there are international competitions in academic disciplines, including mathematics, physics, chemistry, and, of course, biology, which has the International Biology Olympiad. This is an annual event that tests the biology knowledge of high school students from around the world who have passed rigorous preliminary rounds in their homelands. It has been held in Japan before, in Tsukuba in 2009. This year, the IBO was hosted in Bern, Switzerland, and the four participants from Japan made a strong showing by clinching a gold medal and three silver medals. And, in the 2011 competition in Taiwan, the Japanese contingent fell just short of a perfect record by capturing three golds and one silver—a laudable achievement that I wish had been given greater coverage by the media.

One wonders what the Japanese contestants in this year's IBO will be doing in 2020...perhaps some of them will be working on a PhD in the life sciences, maybe? These young scholars are part of the next generation of scientists who will blaze the future path of the life sciences. Such talent is a source of power for a nation like Japan that lacks plentiful natural resources. If Japan intends to evolve into a powerhouse of science and technology, one of the biggest challenges it needs to tackle is to determine how to best cultivate human resources for the sciences.

Recently, I had the opportunity to visit the University of Göttingen in Germany, so I took a tour of a facility named XLab while I was there. This center features lecture rooms and laboratories for physics on the second floor, chemistry on the third floor, biology on the fourth floor, and neurophysiology on the fifth floor, and it regularly hosts workshops for mainly high school students to enable them to experience university-level scientific experiments. A different base color is used for each floor, and the exterior walls are also decked out in a colorful scheme. XLab also hosts science camps that once were limited to domestic students but are now open to students from other countries. These camps offer the opportunity to engage in full-fledged science experiments and foster interaction among the participants. According to the center's director, Prof. Eva-Maria Neher, the name XLab embodies several meanings—experiment, experience, exciting, and expert. Supported by its staff of more than 20 professors, technicians, and administrative personnel, XLab carries out its mission of deepening students' understanding of high-level scientific experimentation through a hands-on approach. If you would like to find out more about this fascinating center, visit their website at www.xlab-goettingen.de.

The XLab initiative, which partly owes its existence to the tireless efforts of Prof. Neher, emerged from the growing alarm of German academia, industry, and government regarding the country's rapidly declining number of natural science students, a trend that began in 2000. Here in Japan, high schools and universities are increasingly partnering in science education thanks to projects such as “Super Science High Schools,” and RIKEN Brain Science Institute has run a summer program since its founding, offering courses as long as two months to students from around the globe. However, since those courses are founded on internships at existing laboratories, they end up placing a burden on the people who work there. I wish that Japan would create centers like XLab to attract more young people to the natural sciences. XLab also offers in-service training programs for science educators, playing an important role by refreshing their understanding of science.

In order to effectively cultivate future scientists, it is vital not only to bridge the gap between secondary and university education as described above, but also to provide seamless measures and close support that start at the level of primary education. This could help to resolve the current barriers that science degree earners face in obtaining teaching licenses, and to increase the number of children interested in science.

Last, but not least, I would like to remind you that the 36th Annual Meeting of the Molecular Biology Society of Japan is coming up soon, scheduled to be held on Kobe Port Island starting on December 3. Meeting President Shigeru Kondo is working with the organizing and program committees to plan all sorts of activities and events for participants. I look forward to seeing you all this December in Kobe, which will be aglow with the beautiful light festival Kobe Luminarie.

Search within the site:

Please visit “How Google uses information from sites or apps that use our services” for more information.

You can turn Google Analytics On or OFF.

You can reopen this screen by clicking ‹Manage Google Analytics› in the footer on each page.