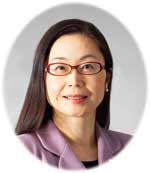 Having pledged to myself that I would write a message to our members each season, I’ve found that three months passes by very quickly! As already communicated to everyone by e-mail and in issue no. 105 of the MBSJ newsletter, I have released a President’s Report and a Board of Directors’ statement concerning research ethics, and we have conducted questionnaire survey of our members. I am pleased to say that as many as 1,022 members responded to the survey, and I thank them heartily for their cooperation. I plan to share the survey results with everyone at our 36th annual meeting, which will be presided over by Prof. Shigeru Kondo, and I hope to use the results as hard data for shaping our action plan.

Recently, we had an unexpected development that I’d like to tell you about. The MBSJ, because of its standing as association of numerous researchers in basic life sciences, joined in two joint statements issued regarding the Japanese government-led initiative to establish a Japanese version of the National Institutes of Health. The first statement was issued on June 10 by seven life science societies, and the second was released the following day by the Union of Japanese Societies for Biological Science. Both acknowledged the need to improve various inadequacies in health and medical science in Japan, such as the poor link between basic and applied research, and the limited focus on translational research that leads to clinical research, but at the same time they warned the initiative’s backers against ignoring the countless studies in true basic research that have the potential to evolve into benefits for the future. Because of the questionable budget scale and research coverage of the Japanese NIH project, we should closely monitor how the details are worked out.

Three months ago, as I pondered upon what to talk about in my next quarterly message, I hit upon the topic of female scientists. This year marks the 50th anniversary of the Vostok 6 spaceflight, which was flown solo by Valentina Tereshkova—both the first woman and the first civilian to go into space—as well as the 60th anniversary of the publication of Watson and Crick’s famous article in Nature, which was based on crystallography data that Rosalind Franklin amassed to unlock the secret of DNA’s structure. And, it was 100 years ago that three women became the first female students of Tohoku University (then Tohoku Imperial University). The university was founded under an open-door policy and offered a special dispensation that provided opportunities for admission to talented people who had not graduated from the traditional high school system. Nagayoshi Nagai, a professor of chemistry at Tokyo Imperial University, also taught part-time at Tokyo Women’s Normal School (now Ochanomizu University) and Japan Women’s College (now Japan Women’s University), and encouraged three of his brightest students there to apply to Tohoku Imperial University. The three women—Chika Kuroda, Ume Tange, and Raku Makita—took up his suggestion and enrolled in the university’s School of Science, later graduating with degrees in chemistry and mathematics. In other words, Japan’s first female university students were also the country’s first university-trained women scientists.

Diversity of people is key element for creativity in science. As I did in my previous message, I would like to quote a passage from former University of Tokyo President Shigehiko Hasumi’s book A Couple of Things I’ve Learned about Universities. The first chapter opens with these words:

“Culture is without question a thing whose quality is enhanced by diversity capable of protecting that which is rare or different. A society with such a culture is one that begets truly creative individuals.”

As of the MBSJ’s last annual meeting, women accounted for 35.1% of our student membership, and 19.6% of our general members. The percentage of female members who gave poster presentations was halfway between these two figures, 27.6%, but women made up only 3.7% of the symposium lecturers, and no women were among the organizers. Of course, age differences are one factor behind the male-female disparities, but for a society that launched a gender equality working group in 2002, there is still much room to reduce the gap in women’s involvement.

Whether they be men or women, young scientists need to have mentors who can help them to tap into their full potential. The three women who became Japan’s first female university science students owe their success in part to mentoring by Prof. Nagai, Prof. Riko Majima of Tohoku Imperial University’s College of Science (later President of Osaka Imperial University), and other local notables. A mentor is also a role model at times, and the strong inspiration they provide—feelings like “I want to be a person like that” or “I want to take up this occupation”—can be an immense source of power for younger people pursuing their careers. At the same time, those who have been members of lab group for many years need to remain aware that younger members are quietly watching them as well. After all, people are nurtured by people.

Search within the site:

Please visit “How Google uses information from sites or apps that use our services” for more information.

You can turn Google Analytics On or OFF.

You can reopen this screen by clicking ‹Manage Google Analytics› in the footer on each page.